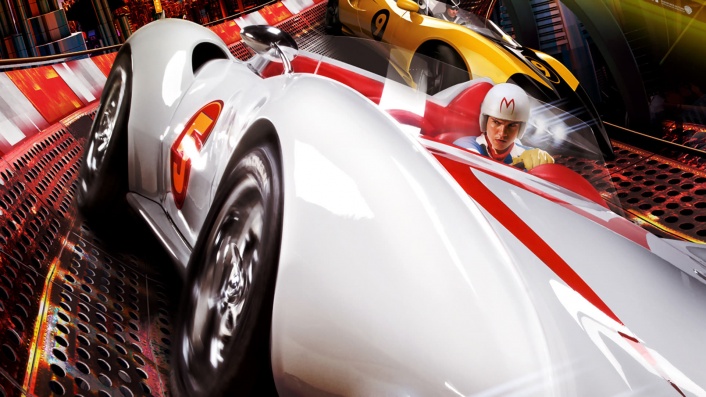 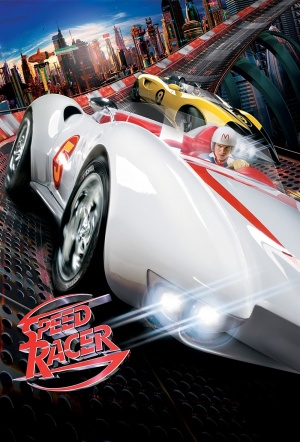 The same green-screen heavey technique used for '300' is being replicated here. Says producer Joel Silver: "There’re going to be very little actual cars running in this movie, I mean, we’re going to have cars but the things that these cars are going to do could not really happen in the real world. They won’t look like animation, they will be beautiful live action images, but they’ll be all done in a new style of production. The movie is being filmed not on film, it’s being filmed in HD – we refer to the shooting process as the initial capture – and from there we go to work. So it’s going to be a really different way of making a movie and watching and seeing a movie."

After leaving the screening of the Wachowski brothers’ (The Matrix, V for Vendetta) latest feature Speed Racer, my brain hurt. This is intended as both complimentary and critical of the film as it’s much like the little girl with the little curl - When its good, its very, very good, but when its bad it can go speed racer go away and never come back. If nothing else, the latest in the current trend of comic and cartoon big screen adaptations is strikingly different from anything on offer at your local multiplex.

This movie sets out to honor and refresh a youthful enthusiasm from the past and winds up smothering the fun in self-conscious grandiosity.

There is one high note. You can approach Speed Racer as the trippiest stonerfest since Stanley Kubrick took his space odyssey.

The Matrix brothers crash and burn on cartoon remake.

Unlike a Pixar cartoon that embraces as wide an audience as possible, Speed Racer proudly denies entry into its ultra-bright world to all but gamers, fanboys and anime enthusiasts. Story and character are tossed aside to focus obsessively on PG-rated action and milk-guzzling heroes.

It'll split the ranks like a pizza cutter: you might admire it as a Warholian blur of pop art, gawp and gasp at its Hot Wheels-for-real dynamism, or get a headache.

Crikey. This is different.

If my usually car-obsessed beloved had his way, this movie would not even warrant half a star, let alone an entire one.