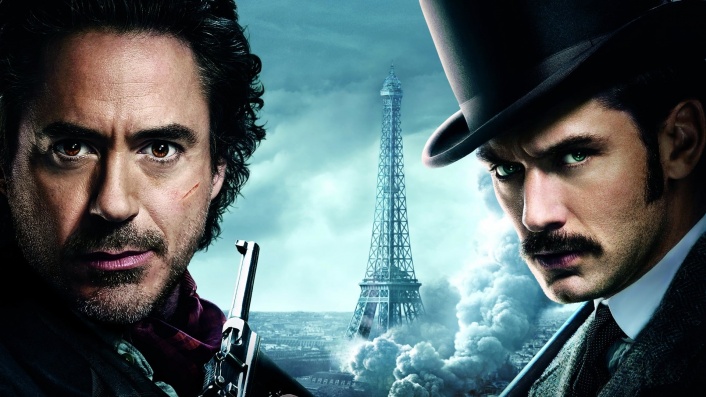 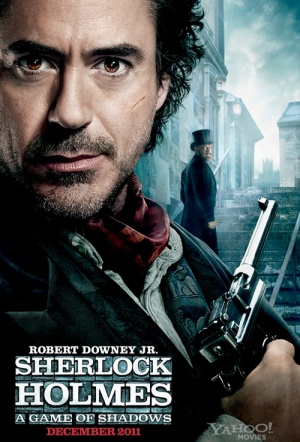 The smartest man in the room, Sherlock (Downey Jnr.), meets his match with criminal mastermind - the evil, depraved Professor Moriarty (Jared Harris, Mad Men). When Inspector Lestrade (Eddie Marsan) construes the death of the Crown Prince of Austria as suicide, Sherlock points to murder and a piece of a larger and much more portentous puzzle, designed by Moriarty. Holmes and Watson (Law) are on the case, tracking the Professor's web of death and destruction which involves bombings in Strasbourg and Vienna.

While director Guy Ritchie's excesses and modern concessions -- among them a lot of explosions -- remain intact, the parts of this second "Sherlock Holmes" are considerably more rewarding.

Faster, funnier and even more bromantic than the original, this far from stately Holmes delivers piping hot entertainment at a furious lick.

There is a plot, but no real intrigue, mystery or suspense, and no inkling of anything at stake beyond a childish and belligerent idea of fun.

A Game of Shadows assures us that escapism is good, that mischief must be celebrated. Holmes and Watson are happy and their escapades play out with such grace and brio that the fun is infectious.

Set aside your memories of the Conan Doyle stories, save them to savor on a night this winter and enjoy this movie as a high-caliber entertainment.

After quite a few tedious detours and distractions, when the film finally gets down to the business of a climax at a gathering of elite European diplomats in a precariously perched Swiss mountain castle, it becomes not half-bad.

A sequel confident in what it's about - bigger, better, funnier, without stretching the joke.

Ritchie has made a film that's so busy, it starts to become boring.