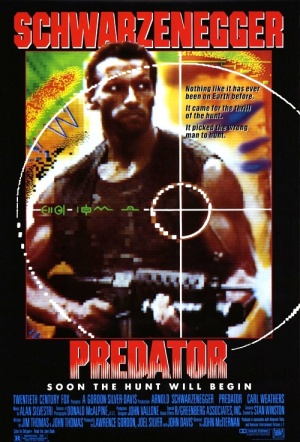 Schwarzenegger's 1987 sci-fi actioner about about a team of commandos who find themselves the prey of an extra-terrestrial warrior in a Central American jungle.

Dutch (Arnie) and his group of commandos are hired by the CIA to rescue some South American officials captured by terrorists. The mission goes OK, but the team soon discover they are being hunted for sport. Nearly invisible, the vicious 'Predator' blends in with the forest. The film spawned four spin-offs: Predator 2 (1990), Predators (2010) and two Alien/Predator crossover movies.