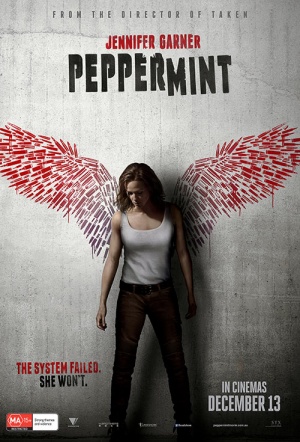 Jennifer Garner is a housewife-turned-vigilante following the murder of her husband and daughter in this revenge thriller from the director of Taken.

Young mother Riley North (Garner) awakens from a coma after her husband and daughter are killed in a brutal attack on the family. Following the failure of the justice system, Riley spends years honing her mind, body and spirit to become an unstoppable force - eventually to deliver her personal brand of justice.

Jennifer Garner is the sole shining light in an action movie that blandly goes through the motions.

There was a time when a woman being the star of her own bad action franchise could have been considered the apex of progress, but that time is past.

Garner gives everything that is asked of her, from brute physicality to dewy-eyed tenderness, but this half-witted calamity botches just about everything else.

Star Jennifer Garner must have thought this flick would do for her career what director Pierre Morel's Taken did for Liam Neeson's, but the result is bad enough to make any actor take an alias.

"Peppermint" is a belaboured exercise in lazily constructed déjà vu, without the grit or stylised ham of predecessors it so baldly steals from.

Anything Liam Neeson can do, Jennifer Garner can do better. Ha! Not in this hilariously awful, insanely hard-to-swallow action thriller from Taken director Pierre Morel. No one gets taken here, except audiences.

Peppermint lacks subtlety and anything even remotely resembling credibility, but like its heroine, it certainly gets the job done.

...a dull, tired and thoroughly unconvincing entry in the sub-genre.