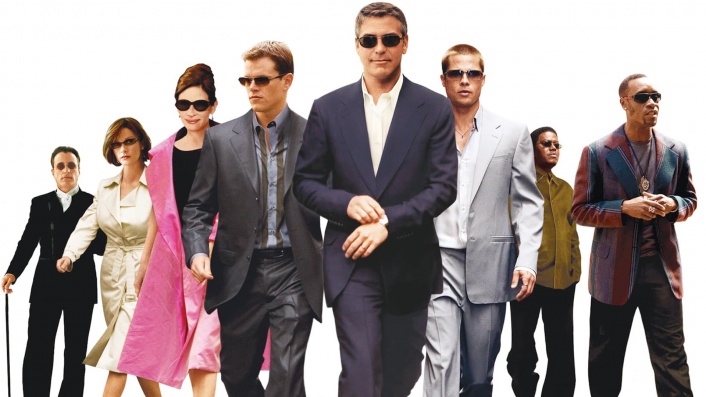 Thinking they out-smarted their former target Terry Benedict (Garcia), the wealthy casino operator forces Danny Ocean (Clooney) to get the band back together - as well as his old flame (Roberts) - to pay back the $160 million they stole from him. The plan? A trio of heists that will take them to Rome, Paris and Amsterdam. But an already ambitious plan becomes further complicated when Europol operative Isabel Lahiri (Zeta-Jones) catches wind of what they're attempting.

The movie is all about behavior, dialogue, star power and wiseass in-jokes. I really sort of liked it.

In this sprawling oglefest, such things as "narrative" and "story" are remote little abstractions indeed.

This smooth inside job benefits from heightened bonhomie among the players, fab Euro locations and a diminished obligation to stick to the heist genre boilerplate.

This lackluster sequel was surely much more fun to make than it is to watch.

Clooney and company work it too hard this time. You can tell they're huffing and puffing to stay afloat. But all I hear is: glug glug glug.