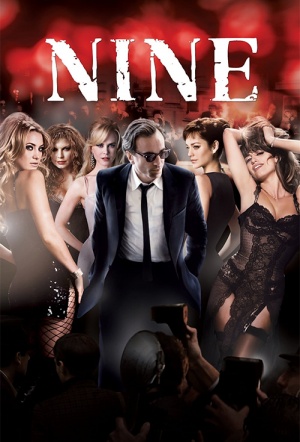 Guido must balance the many women in his life, including his wife (Marion Cotillard), his mistress (Penelope Cruz), his film star muse (Nicole Kidman), his confidant and costume designer (Judi Dench), an American fashion journalist (Kate Hudson), the prostitute from his youth (Fergie) and his mother (Sophia Loren).

Nine is just plain adrift in its own lack of necessity.

Daniel Day Lewis takes the cliché of the philandering Italian momma's boy, shows the charm and then savagely exposes the hollow core.

Looks fantastic but is emotionally underwhelming.

The disappointments here are many, from a starry cast the film ill-uses to flat musical numbers that never fully integrate into the dramatic story. The only easy prediction is that Nine is not going to revive the slumbering musical-film genre.

Though slightly marred by a clunky structure and a lack of truly catchy tunes, Nine’s wall-to-wall first-rate performances from its stellar cast (especially Cotillard) add a touch of class.