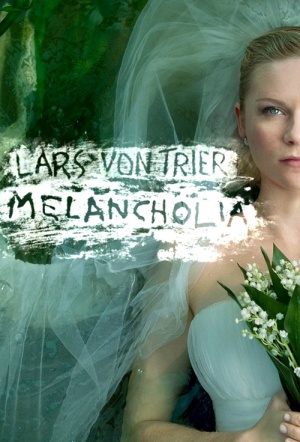 A disaster film, of sorts, Melancholia tells the story of two sisters coming to terms with the imminent death of the planet as a large foreign body takes up a collision course. Justine (Dunst) becomes melancholic and calm when Earth is threatened, meanwhile Claire (Gainsbourg) fears for her life.

Von Trier considers his previous films to have happy endings, and promises ominously that this will be the first with an unhappy one.

The gentlest depiction of annihilation one could imagine.

Beginning and ending with a bang, but with too much whimpering in between, Melancholia is low-key Lars.

Von Trier has never made a more realistic domestic drama.

Melancholia is incredibly eerie, and is lent an exciting frisson by the authenticity of an actress and filmmaker with first-hand experiences of psychological trauma.

This contemplation of the planet’s demise predictably provides not an ounce of comfort or redemption, nor does it offer characters or ideas with which to meaningfully engage, just ample opportunity to wallow in some rapturous images, glorious music and a foul mood.

Though it lacks the titanic emotion of von Trier’s best films, Melancholia makes it up in stomach-churning dread as the planet inches ever closer to Earth.