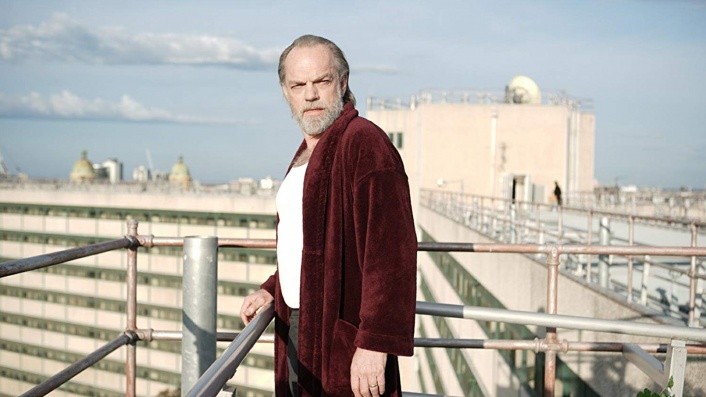 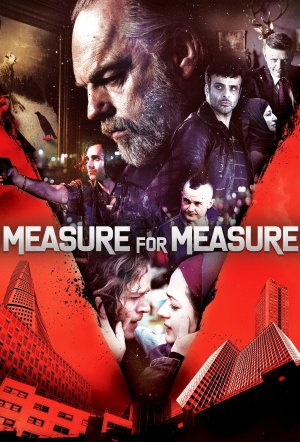 Breath's Megan Smart and Hugo Weaving star in this contemporary adaptation of Shakespeare's comedy on "morality and mercy in Vienna", co-written and directed by Paul Ireland (Pawno).

"Reimagining the Bard’s play about morality, mercy and justice into a topical tale of love and loyalty, Ireland and his co-writer, the late Damian Hill (West of Sunshine), have crafted a touching story about a young Muslim woman, Jaiwara (Smart), who falls for a non-Muslim musician, Claudio (Harrison Gilbertson, In the Tall Grass). Jaiwara’s shady brother Farouk (Fayssal Bazzi, The Merger) objects to their union, and frames Claudio for a crime he didn’t commit – sending him to jail. Desperate to save Claudio, Jaiwara seeks the help of Duke (Weaving), a local crime boss currently ‘on leave’, whose second in command, Angelo (Mark Leonard Winter, The Dressmaker), offers to assist in his stead. But at what cost?" (Melbourne International Film Festival)

Shakespeare scholars have often labeled Measure for Measure a "problem play," a term that has been given multiple meanings; Ireland's tonally ambivalent film fits one of those meanings pretty well.

The film discusses issues such as multiculturalism, gender, drugs, and religion in a way that is increasingly relevant in 2020 without ever feeling heavy-handed.

Ireland and Hill have crafted a layered Shakespearean adaptation that is intricate and immersive — a description that applies to the performances, including Winter in a role which was originally earmarked for Hill.