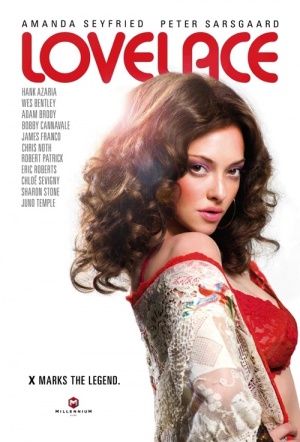 Reducing an immensely disturbing, politically byzantine tale to a series of cartoonish vignettes, this celeb-studded biopic squanders a gutsy performance by Amanda Seyfried.

Seyfried and Sarsgaard excel in a biopic that focuses on the hard times rather than the hardcore, and leaves you feeling that there's a lot more to say.

Don't look to this skin-deep biopic to offer any insights beyond the head-slappingly superficial.

There's a lot in this story about victimization and agency that Mr. Epstein and Mr. Friedman never satisfactorily address.

May be a little contrived and unoriginal as drama, but it's a useful exercise in de-sentimentalisation.

An entertaining, provocative biopic with good performances and many strong scenes - but it still doesn't feel like the full Lovelace story.