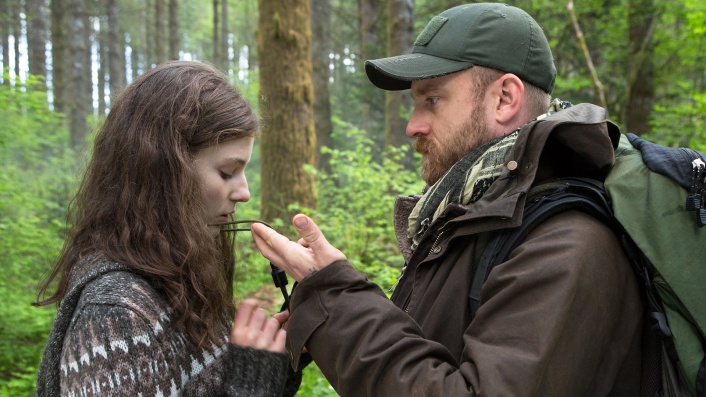 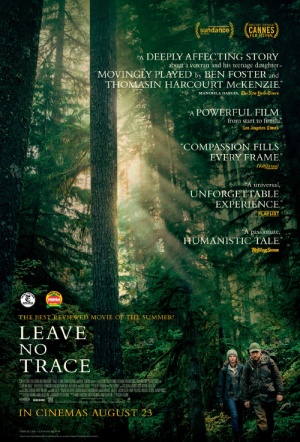 A small mistake derails the ideal lives of a father and his 13-year-old daughter in this drama from Oscar-nominated director Debra Granik (Winter's Bone).

"For years Will (Ben Foster, Hell or High Water) and his teenage daughter, Tom (New Zealander Thomasin McKenzie) have lived off the grid, blissfully undetected by authorities in a vast nature reserve on the edge of Portland, Oregon. When a chance encounter blows their cover, they’re removed from their camp and put into the charge of social services. Struggling to adapt to their new surroundings, Will and Tom set off on a perilous journey back to the wilderness, where they are finally forced to confront conflicting desires — a longing for community versus a fierce need to live apart." (Sundance Film Festival)

The picturesque setting of Oregon’s forests, gorgeously depicted in Leave No Trace, is as alluring a place to escape to as you’ll find and a backdrop that’s the opposite of the industrialised American society Will (Ben Foster) has dropped out of. As the film opens, the military vet leads a minimalist life in a national park with his 13-year-old daughter Tom (New Zealander Thomasin Harcourt McKenzie, earning every ounce of the praise leveled at her performance). Their existence is largely self-sufficient, conspiratorially secretive, and romantically rejects society’s dominant capitalist paradigm - but it’s also illegal, and as a consequence is brought to a close early on.

For fans of the director's "Winter's Bone"... this unconventional family portrait shares many qualities with the 2010 film, including profound empathy for backwoods characters and the discovery of yet another young talent in Thomasin Harcourt McKenzie.

[Director Debra Granik] made a film of grace and power, a story of people lost and found in America that often shows us at our noble and humble best. How rare and refreshing that is these days.

It's a movie that will live with me for a long time.

This is a quietly enthralling film that never over-plays its hand, resorts to histrionics and contrived stand-offs or forgets to recognise the undeniable dignity of its characters.

It's a film that never overwhelms but it lingers, leaving its mark on the viewer.

The film's stunning cinematography and Foster and McKenzie's muscular performances save the story from meandering too far off track.

It's top notch filmmaking and should not be missed.

This is a movie driven by filmmaking, and [Debra] Granik's skill behind the camera drives a lot of the narrative forward. That and, of course, [Harcourt] McKenzie's performance.