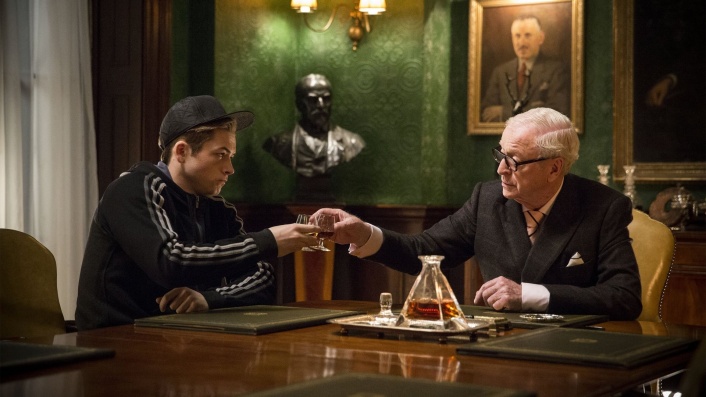 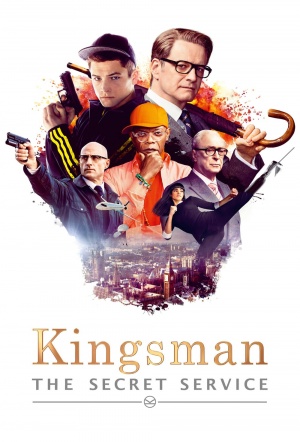 X-Men: First Class and Kick-Ass director Matthew Vaughn brings another comic book to the big screen with this comedy spy tale. Eggsy (Taron Edgerton) is a wayward youth until recruited into a secretive global espionage agency by Harry Hart (Colin Firth), where he becomes part of their effort to bring down a genius super-villain (Samuel L. Jackson). Michael Caine, Mark Hamill and Mark Strong co-star.

Gary "Eggsy" Urwin is just another kid growing up in an English council estate, getting into trouble with the law and criminals alike. What Eggsy doesn't realise is that his deceased dad was an inductee into a secret spy society, and that he himself has the raw material for the job. As he learns under the tutelage of Hart, there's more to being part of Kingsman than just kicking ass - being a gentleman, for starters. As he competes against public school toffs for a place in the organisation, Eggsy faces one dangerous situation after another - until taking on a super-villain who has an audacious plan to reshape mankind's future (and also a persistent speech impediment). Based on the Marvel comic by Kick-Ass writer Mark Millar and Dave Gibbons.

The most fun I’ve had at a movie for a while, Kingsman: The Secret Service is an utterly outrageous, logic-defying, live-action cartoon of a film, a riotous romp that boasts a strong enough sense of unpredictability to smooth over its uneven moments and effects. It’s a shame that more kids won’t get to see this due to Kingsman’s classification, but that’s a back-handed compliment given that the film’s most brazenly offensive content is what’ll win over youngsters.

Vaughn welcomes details that might seem silly in another director’s hands, such as a bulletproof umbrella or tiny microchips that can make one’s head explode...

Injecting fun and fairground thrills back into the spy movie, Kingsman is a blast. Firth is sensational, Jackson rules and newcomer Egerton surprises.

Verisimilitude is frequently traded in for a rich laugh. The action scenes delight with shock humour.

Admittedly, the film has a thorough knowledge of its forebears and though it namechecks them at every opportunity, Kingsman brings very little that's new or valuable to the playing table.

With contempo audience's infatuation with all things superheroes and comic book movies, and the baseline treatment of humanity in such movies, Kingsman arrives at just the right time.

Perhaps the riskiest mainstream movie in years, Vaughn’s love letter to spy movies may be uneven in places, but it’s ultra-violent, envelope-pushing, and fun enough to overcome the flaws.