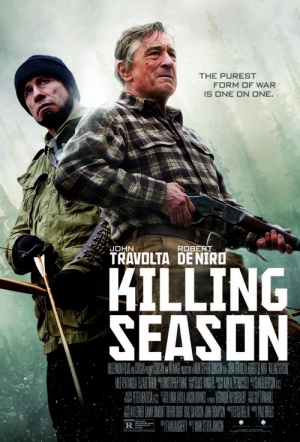 An American veteran (Robert De Niro) and a Serbian veteran (John Travolta), who both served during the Bosnian war, face each other in a deadly game of cat and mouse in the Appalachian Mountains.

Serbian paramilitary veteran Emil Kovač (Travolta) has tracked an old nemesis, Colonel Benjamin Ford (De Niro), back to the United States. Posing as a tourist, Kovač travels to Ford's remote cabin and befriends him while hunting - before revealing his true identity and pursuing Ford through the wilderness. From the director of Ghost Rider and Daredevil.

One of the biggest missed opportunities in iconic matchups.