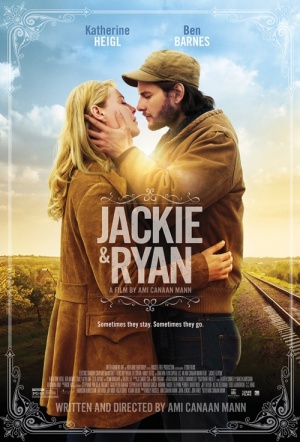 Katherine Heigl and Ben Barnes star in the romance set in Utah against the backdrop of the recession. Barnes is a train-hopping musician and Heigl is a single mum. The pair meet by chance and, over the course of a few days, their relationship sparks a change in each others lives.

Says director Ami Canaan Mann, in her director's statement for the Venice Film Festival, "A few years ago, walking down South Congress in Austin, I heard a street band playing the kind of early twentieth-century music I remembered hearing at the Fiddler’s Gatherings in Indiana. The level of musicianship was astonishing and I struck up a conversation with the banjo player who told me the band were travellers, train hoppers, who would drift apart and then come together in different cities and form different bands. It struck me that, in the midst of the commercialism of a US film market, here were a group of guys whose objective was simply excellence in playing the music they loved and then trying to create a hand to mouth existence playing that music. Hard not to respect that. Or want to tell a story about it."

You anticipate a cheap, sentimental ending. But it is not to be, and the movie is much the better for it.

It's refreshing to see a romance-even a slightly tepid one-that acknowledges and even embraces its transient nature.

May prove too low-key and deliberately paced for less patient viewers, but distinct pleasures are to be had from this compactly shot film's easy rhythms, affecting tone and nicely modulated performances.

The modesty of the story, the simple story-telling and honest emotions all come together in a satisfying whole.