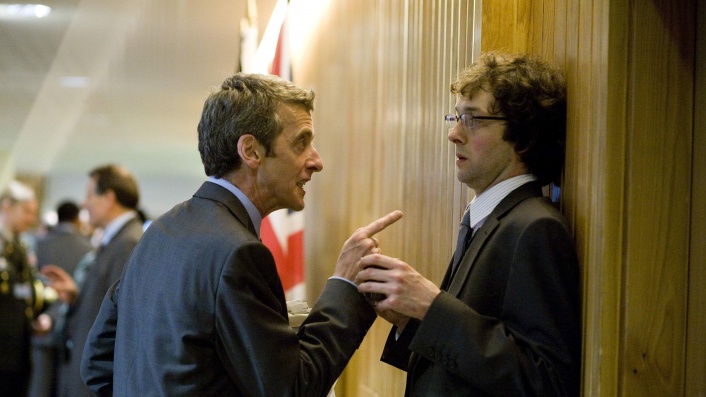 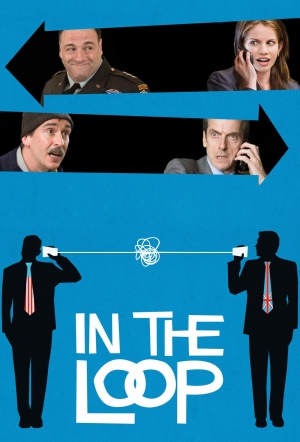 British political satire expanded from Armando Iannucci's critically-lauded BBC TV series The Thick of It. In the Loop features a great comic cast including a Steve Coogan cameo and Peter Capaldi, as the PM's lethally foul-mouthed Director of Comms.

Incompetent British minister Simon Foster (Tom Hollander), along with his entourage, is sent to Washington after making contradictory comments about possible war in the Middle East. With everyone looking out for number one, and the fate of the free world at stake (but apparently incidental), politicians and bureaucrats bumbles their way through Machiavellian political dealings and toward comic resolutions that are, er, "unforeseeable".

In the Loop / Reviews

Intelligent political satire this expertly acted is nothing to sneeze at.

In The Loop may have worked equally well on TV, but no rib is left untickled in a quickfire satire that depresses as much as it amuses. Gets our vote.

Alastair Campbell didn't like it - meaning you almost certainly will. Peter Bradshaw on the funniest, sharpest film of the year.

In the Loop is no precious show dog. It's a snarling, frothing little beastie straining at its leash.

Painfully funny satire of British and American bureaucrats in the days leading up to the Iraq War.