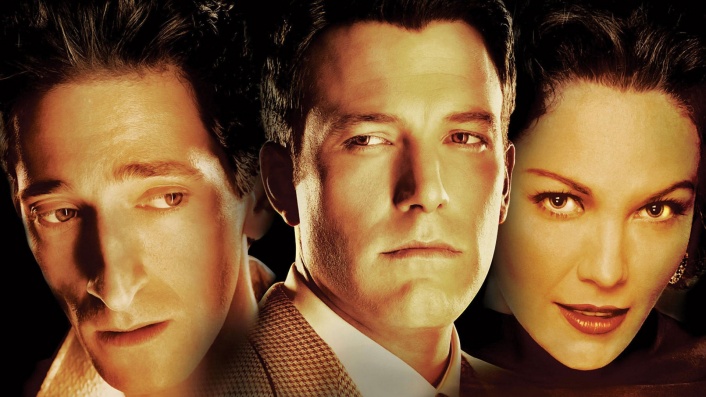 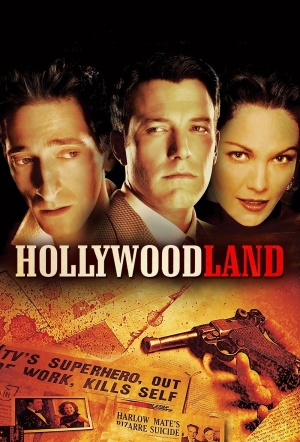 Inspired by one of Hollywood's most infamous real-life mysteries: the death of actor George Reeves, the heroic Man of Steel on TV's Adventures of Superman, who was shot in his Hollywood Hills home in 1959.

Reeves (played by Affleck) leaves behind a fiancée - aspiring starlet Leonore Lemmon (Tunney) - and millions of fans who are shocked by his death. But after the LA police close the case, Reeves’ grieving mum (Smith) won’t let the questionable circumstances surrounding his death go unaddressed. She hires $50 a day private detective Louis Simo (Brody). Simo soon ascertains that the torrid affair Reeves had with Toni Mannix (Lane), the wife of MGM studio executive Eddie Mannix (Hoskins), might hold the key to the truth.

The detective also uncovers unexpected connections to his own life as the case turns more personal, and he learns more about Reeves himself. Behind the icon was a complex man who gave his life to Hollywood in more ways than one.

First-time scripter Paul Bernbaum's framing story, designed to stir up suspicion that George Reeves was a murder victim rather than a suicide, unfortunately proves far less intriguing than does the melancholy tale of a limited actor reaching the end of the line during a transitional period in Hollywood...

The irony is that Affleck's battering at the hands of fame has prepped him beautifully to play Reeves...

Hollywoodland is one of the nicest surprises of the late summer lull between blockbuster seasons, a smart period mystery--cum--character study--cum--bitter parable on the lures and liabilities of life in its titular locale...

While it not be in the same production design league as The Aviator, it delivers an atmospheric portrait of that period in Tinseltown, post the golden age but with studios still wielding a power that is ebbing with the advent of television. Hollywoodland would seem to get the details and most of the performances right. It's just cluttered by efforts to tell how this Superman might have died when it's already succeeding in making us care about how he lived...

The chief frustration of this otherwise well-made, well-acted, well-heeled picture -- a movie classy in its artful modesty, with every detail of plot and period furnishings lovingly conceived, every lick of jazz-influenced score true to the times -- is that it is so very self-absorbedly graceful about something so very insular and...unremarkable...

Far from seamless, but it is genuinely haunting...