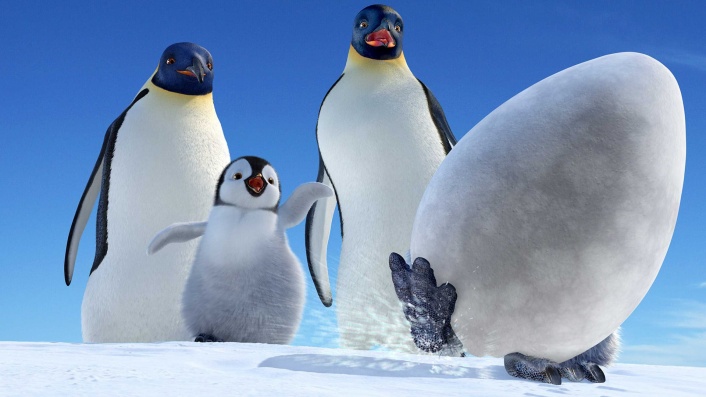 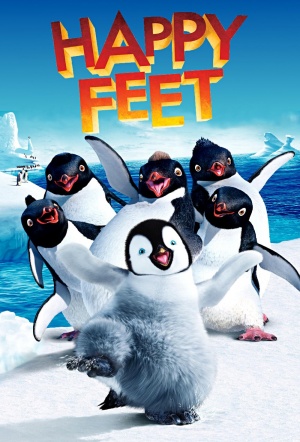 In this Antarctica, penguins value conformity and have strict regulations regulated by the elders. Penguins are expected to have singing voices, they’re singing folk. But young Mumble (Wood) is unable to string a couple of notes together. Mumble's mom (Kidman) doesn't mind her son's eccentricity, but his dad (Jackman) complains that "it just ain't penguin." Mumble is eventually exiled by the high priest (Weaving).

And so begin Mumble's wanderings about the icy continent, riddled with unknown dangers. Though he does finds buddies in Mexican-accented penguins fronted by Ramon (Williams, who does several voices), who are wowed by his swift feet. Their odyssey briefly reunites Mumble with his own penguins. But there, the fish supply has suddenly halted and Mumble sets out again, this time for the "Forbidden Shore" to find answers.

One of the very best directed animated films on record. Not surprisingly from the force behind the "Babe" movies, the attention to detail is phenomenal, the humor ample...

While compromised by the uplift and affirmation that mainstream animation regurgitates like a mommy penguin, it also shows a remarkable persistence of vision. Even in a story about singing-and-dancing fat and feather, Mr. Miller can’t help but go dark and deep...

Yes, it looks wonderful, starts out with an infectious energy and is clever in its music choices. But its story is overstretched, prone to distraction and too earnest for its own good. It's equally eye and ear-catching but exhausting...

No film with as many elements as Happy Feet is successful with all of them, and the romantic-emotional elements of this story feel overly familiar. But the music and dancing are fresh and new, and this strong an ecological message has not been seen since Hayao Miyazaki's "Princess Mononoke"...

Small kids will love the waddlesome dancing and colourful animation, but older viewers will likely be disturbed by the story’s darker elements...