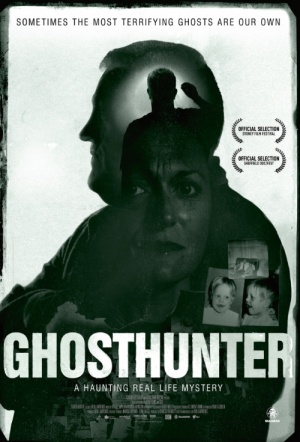 Australian documentary follows a part-time ghosthunter, who seeks out the supernatural - and his absent dad - when not working as a security guard.

"Western Sydney security guard and part time ghosthunter Jason has spent two decades searching for his missing father. As a survivor of violence, he seeks to reconcile his fractured memories and piece together his past. Jason may spend his spare time hunting the supernatural, but it soon becomes clear that what he’s really seeking are the ghosts of his past. When his search converges with a police investigation, a horrific family secret is exposed- forcing him to confront his past in order reclaim his future." (Sydney Film Festival)

Ben Lawrence's debut documentary is simply remarkable ...but for the sensitivity with which Lawrence tells it.

The documentary's candid subject, important subject matter and involving story go as far as they need to.