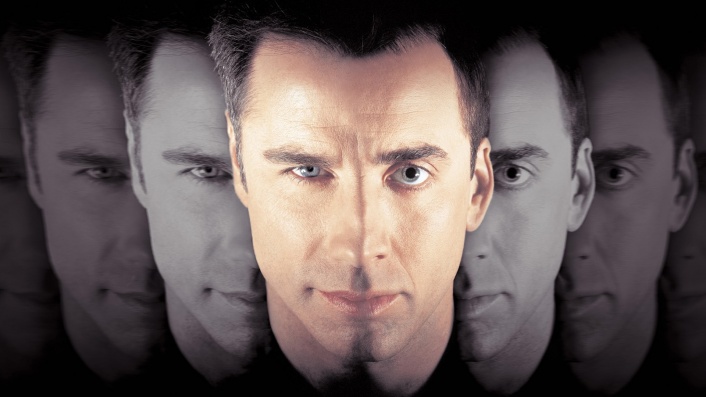 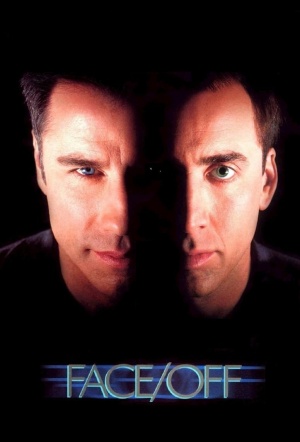 Nicolas Cage takes John Travolta's face... off... in this 1997 action thriller from John Woo (Hard Boiled). FBI agent Sean Archer (Travolta) finally captured his sworn enemy, Castor Troy (Cage), who planted a bomb somewhere in Los Angeles. To get it, Archer hires a surgeon to swap their faces in an attempt to trick Troy's brother into revealling the bomb's location. But when the operation turns sour, the Troy-faced Archer (Cage) is mistaken for the criminal while the Archer-faced Troy (Travolta) poses as the detective.

The high-tech stuff is flawlessly done, but the intriguing elements of the movie involve the performances.

As an example of the art of casting, the movie is brilliantly engineered.