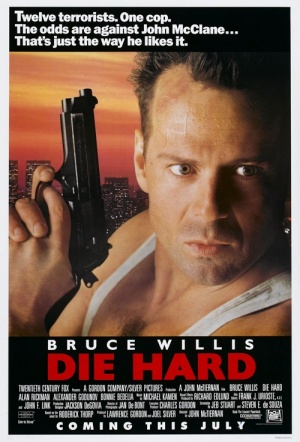 The granddaddy of a whole genre of action films still remains sharp, tough, and exciting. Die Hard spawned its own franchise and influenced other action movies. Few of the spin-offs were able to match the sublime blend of ironic humour and suspense of the original.

It's the classic plot hook of one man against many, right against wrong. But Die Hard is more layered than your average action movie. The bickering newscasters, the friendly patrol cop whose career is slipping by, the chauffeur driver who remains oblivious to the calamity around him. These are all nicely crafted characters that lend a little depth and warmth to a violent film. (Source: BBC)