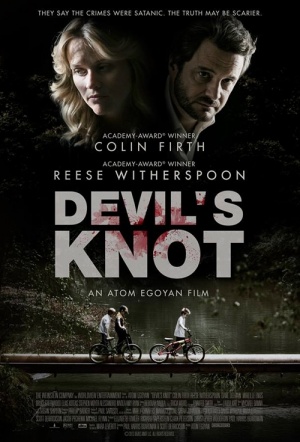 Dramatisation of the notorious 1993 West Memphis murder of three small-town boys. In the rush for a scapegoat, police and prosecutors charge three innocent teenagers who - with a proclivity for black clothes and listening to Metallica - are cast as deviant satanic cultists. Stars Reese Witherspoon as a grieving mother who grows increasingly troubled by the lynch-mob fever, and Colin Firth as a private investigator who challenges the guilty verdicts. From acclaimed director Atom Egoyan (The Sweet Hereafter).

A tactful, dignified job... the result nevertheless comes across as a flat, ponderous proposition.

Egoyan listlessly retraces the trial's tragic course but uncovers nothing new about human nature in the belaboured process.

Takes a long time to tell us nothing we didn't know ... A missed opportunity.

The real-life characters, as shown in the documentaries, are far more colorful and quirky than they appear in these well-acted but comparatively safe performances.

Haunting artistry aside, it's hard to see what Egoyan brings to the table that hasn't already been covered in print, on screen and elsewhere in the media.

Egoyan doesn't make this material his own, so much as he halfheartedly restages what a few good documentarians have already shot.

A decent retelling, although lacking the gut-punch impact of the Peter Jackson-produced West Of Memphis.