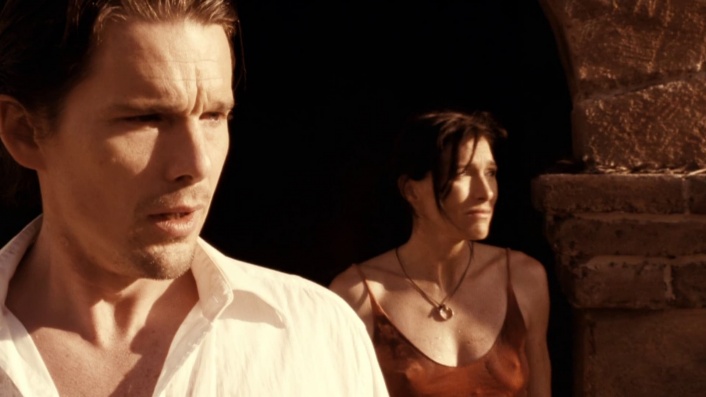 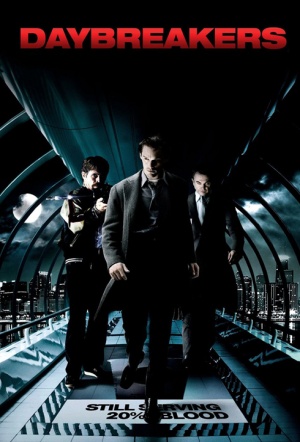 Vampire horror with Ethan Hawke cast as a researcher in 2019, when an unknown plague has transformed most of the world’s population into vampires. As the human population nears extinction, their fanged counterparts must capture and farm every remaining human, or find a blood substitute before time runs out. However, a covert group of vampires makes a remarkable discovery, one which has the power to save the human race.

Made by the Spierig brothers, two Aussies who made their name with a low-budget zombie film called Undead in 2003. Also stars Willem Dafoe and Sam Neill.

The script doesn't wring many surprises or much character involvement from the premise, and the brothers' helming, while slick, is short on scares, action setpieces and humor.

Vampires are all the rage these days and with a plethora of blood suckers out there, you'd have to wonder what story is left to be told - and how well it will do in the wake of the Twilight box office juggernaut.

The narrative may flag, but the doomsday atmosphere and George Liddle’s production design remain vivid until the final, blood-splattered reel.

“Life’s a bitch, and then you don’t die”. Being a vampire sometimes isn’t that much fun.

Any higher intentions are brought crashing down by predictability, wooden characters, giggle-inducing attempts at scares (shrieking bats, anyone?) and cinematography so gloomy it should be checked for serotonin deficiency.

The Spierigs have assembled a strong cast, but even their best efforts -- notably by Neill, whose Bromley is the ultimate vampire squid, tentacles wrapped around the face of this scary new world -- can't pump any real life into the bloodless script.

Lots of interesting concepts competing for limited running time make for more of a TV pilot than a feature film.

This intriguing premise, alas, ends as so many movies do these days, with fierce fights and bloodshed.