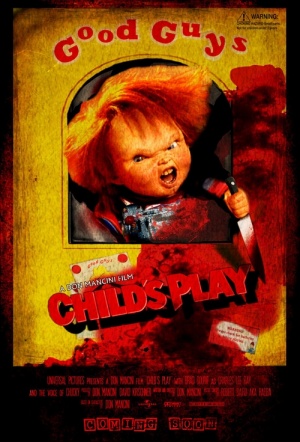 An innocent-looking doll named Chucky is inhabited by the soul of a serial killer who isn't ready to die in this horror. After 6-year-old Andy Barclay's (Alex Vincent) babysitter is violently pushed out of a window to her death, nobody believes him when he says that Chucky did it.

When an ensuing rampage of gruesome murders lead a detective (Chris Sarandon) back to the same toy, he discovers that the real terror has just begun - the deranged doll has plans to transfer his evil spirit into young Andy.