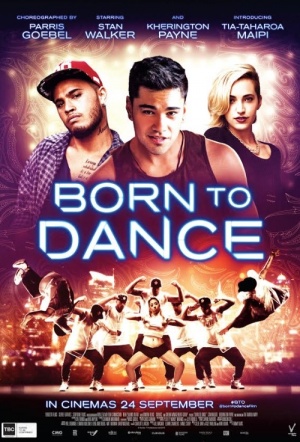 As school comes to an end, Tu faces tough decisions about his future. He hasn't got the marks for University, instead wanting to follow his passion for dancing. His dad has other ideas though, and gives Tu a few weeks to plan his future or he's off to join the Army. As a chance to join national hotshots K-Crew beckons, Tu goes behind his dad's back as well as his own crew to try and crack the big time...

I adored Step Up 3D and Step Up 5: All In. They don’t take themselves seriously, keeping tight focus on the dancing. Directors Jon Chu and Trish Sie knew exactly how to edit and shoot the incredible performances, and Born to Dance's first-time feature director Tammy Davis and world-class choreographer Parris Goebel equal that superb skill… when shooting a dance sequence. But Born to Dance takes its story and characters very seriously, which would be fine if the drama was above daytime television quality. Unfortunately, it falls a tad short.

Put together by people who truly love what they do. It shows. I can't ask more of a film than that.

Will leave you fizzing with unanticipated joy.

Looks ready to resonate nearly anywhere hip-hop has taken root, which is pretty much everywhere.