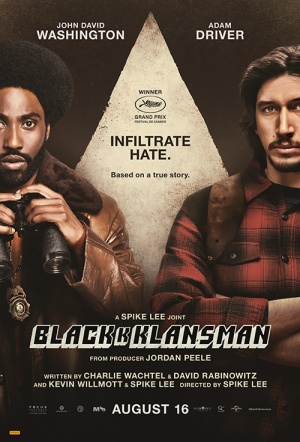 An African-American police officer from Colorado teams up with a white counterpart in an audacious double-act to infiltrate the Ku Klux Klan. Writer-director Spike Lee picked up his first ever Oscar for his adapted screenplay based on a true story.

It’s the early 1970s, and Ron Stallworth (John David Washington, Love Beats Rhymes) is the first African-American detective to serve in the Colorado Springs Police Department. Determined to make a name for himself, Stallworth sets out to infiltrate and expose the local Ku Klux Klan. He soon recruits a more seasoned colleague, Flip Zimmerman (Adam Driver), into the undercover investigation of a lifetime as the pair join forces to impersonate a new KKK member. Topher Grace co-stars as KKK Grand Wizard David Duke, on a mission to present a friendly, corporate face to the violent, racist organisation.

With his racially-charged historical comedy BlacKkKlansman, veteran firebrand filmmaker Spike Lee finds himself in something resembling the political center – at least in relative terms. Adapted from a non-fiction book by Ron Stallworth, the director offsets the gritty texture and hand-trembling impact of his most memorable work (including Do the Right Thing, Clockers and Chi-Raq) with droll commentary about the cyclical nature of bureaucracy – a la Burn After Reading – and a farce-like plot that ping-pongs between absurd and shocking situations.

In the time since Donald Trump was elected US President, a number of theories have emerged within the greater public consciousness to justify this turn of events: it was the Russians; it was Hillary’s emails; it was the weird US electoral system that no one really understands. Underlying each of these explanations, of course, is the myth: that no one could have seen this horrible situation coming. Spike Lee’s BlacKkKlansman is an indictment of this myth.

Lee never takes his eye off the connecting thread between the events of 1978 and the present. The result is one of his most flat-out entertaining films in years, and also one of his most uncompromising.

As much a compelling black empowerment story as it is an electrifying commentary on the problems of African-American representation across more than a century of cinema.

BlacKkKlansman's joke is an indictment of complacency, particularly that of white liberals who'd rather not confront the distressing fact that not much has changed in 40 years, beyond a re-styling of old, old ideology.

Spike Lee hits his targets effectively enough - again and again. They keep popping back up like the targets in a fairground shooting gallery, and get shot back down again with a clang.

It is all a funny, pointed experience until the spine-chillingly poetic coda, which hurls us into the modern-day and renders the officers' victories almost totally hollow, calling into question the ability to do good in a fundamentally flawed system.

The more I think about this film, the deeper it seeps into my consciousness. So simple, so clever, so entertaining as it delivers a king punch to the solar plexus.

If "BlacKkKlansman" is not above turning its characters into mouthpieces for its ideas, it wards off excessive didacticism by giving those ideas a heady flow and a sustained pulse. There's real, expressive joy in its anger.

Lee's most flat-out entertaining film in quite a long time, as well as his most commercial.

A straight up, fierce, political polemical from an acknowledged master of the form, who has not and will not run out of reasons to be justifiably angry.

A crusading Spike Lee is often the best Spike Lee. He's a powerful artist and when he has a lot to say, as in the case with BlacKkKlansman, he simply won't let you forget it. 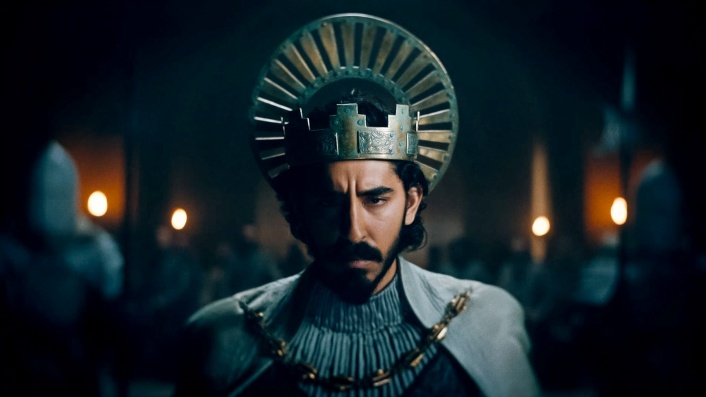