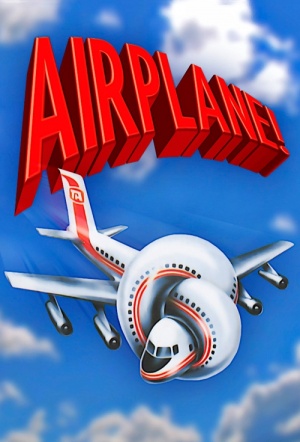 The influential spoof comedy with Lloyd Bridges, Leslie Nielsen and Julie Hagerty, considered one of the great slapstick comedies and named the 10th funniest comedy ever by the American Film Institute in 2000. Parodying disaster movies, the absurd action takes place aboard a flight in which the crew takes ill and an ex-pilot with a fear of flying is called on to land the plane.

In 2012, the Amazon-owned Lovefilm streaming service declared Airplane! has the most laughs per minute of any comedy - with one coming every twenty seconds.

Peter Farrelly (one half of the brothers responsible for There's Something About Mary and Dumb and Dumber) told the New York Times in 2010: "Seeing it for the first time was like going to a great rock concert, like seeing Led Zeppelin or the Talking Heads. We didn’t realise until later that what we’d seen was a very specific kind of comedy that we now call the Zucker-Abrahams-Zucker school... I’ll tell you right now, if the Zuckers didn’t exist, there would be no Farrelly brothers."

Psycho ground controllers (Stack and Bridges), laff-a-second pace, and bludgeoning innuendo make this the acceptable face of the locker-room satire.

As a remedy for the bloated self-importance of too many other current efforts, it's just what the doctor ordered.

It is sophomoric, obvious, predictable, corny, and quite often very funny.

It's now a familiar formula, but Airplane still retains an edge because the audience is credited with intelligence.