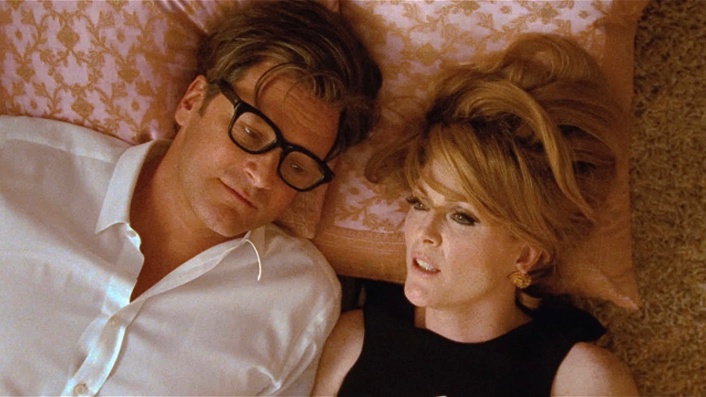 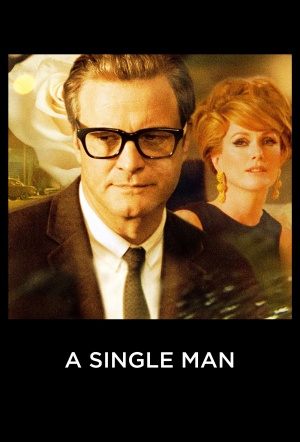 This is the feature film debut from fashion designer Tom Ford (the man responsible for the overhaul of the Gucci label in the late '90s/early '00s and for setting up his own fashion house called, naturally, Tom Ford).

The film, based on the Christopher Isherwood novel of the same name, charts a day in the life of George Falconer (Colin Firth) a gay British college professor living in L.A. in the '60s. His long-term partner has just died, and George is carefully planning his suicide.

Like the speck of sand that seeds a pearl, it’s the tiny fleck of kitsch at the heart of “A Single Man” that makes it luminous and treasurable, despite its imperfections.

A Single Man is a slice of sophisticated cinema; it's slick (perhaps a little too much in places) but thanks to Colin Firth, it's a hypnotic film which will be cherished by many.

In A Single Man Colin Firth gives a performance of polished despair that fully deserves his Oscar nomination as best actor.

Colin Firth is outstanding in a Christopher Isherwood adaptation, but some scenes in Tom Ford's stylish directing debut are outrageously ad-like.

The film belongs to Firth. Uncanny at showing the heart crumbling under George's elegant exterior, he gives the performance of his career.

Firth is just one reason to see this film.

It sounds like a downer but A Single Man is exciting, emotionally alive filmmaking, a potent cocktail of style and substance. And Firth thoroughly deserves the Oscar.

Some films aren't revelations, exactly, but they burrow so deeply into old truths about love and loss and the mess and thrill of life, they seem new anyway. A Single Man is one such film, one of the best of 2009.