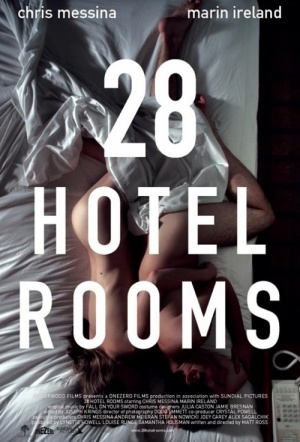 Romance with Marin Ireland (Hope Springs) and Chris Messina (Ruby Sparks) as lovers whose affair, continued through a network of hotel rooms, has them wrestling with the intoxication of new love and the complexities of infidelity.

Both traveling for work, in a city in which neither lives, they meet and have a one-night stand. Months later, in another city, they run into each other in a hotel restaurant and do it again. Though she's married and he has a girlfriend, they decide to keep meeting. The unexpected romance evolves into a profound relationship that threatens to destroy their 'real' lives.