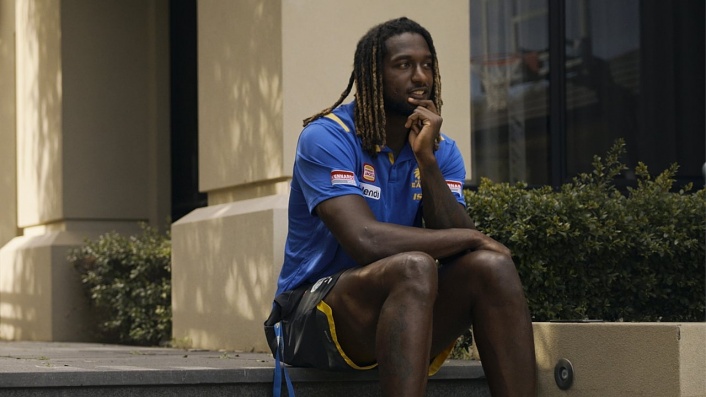 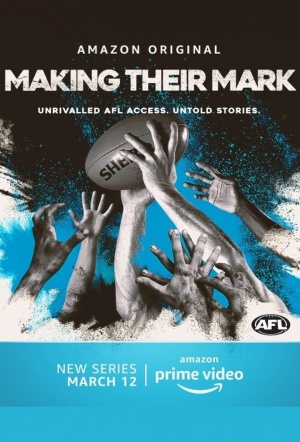 Prime Video original documentary series with access to  the inner sanctum of the AFL, during one the most challenging year in its history.

Making Their Mark is an unprecedented journey into the inner sanctum of Australia's greatest sport in the most challenging year in its history. Players, coaches, and executives across six teams in the Australian Football League

... MORE navigate a year like no other in an exhilarating portrait of elite sport.LESS
EPISODE 1.2

As players and coaches alike struggle with the new season's restrictions and regulations, the AFL makes a stand for the global Black Lives Matter movement. As matches begin, unexpected teams soar while powerhouses struggle to

Tensions rise as players and clubs adjust to this season shaped by Covid-19. Poor form haunts most while the Suns try to keep their momentum going. A good old fashioned social media beef creates a

To keep the season alive, the AFL announces 33 games will be played in a condensed 20 day block, the "footy frenzy". The cost is immense, as players and staff manage injuries, defeats, isolation and

Competition intensifies as all clubs fight for their place in the final 8. From family and heritage to club connection, self-belief to religious faith, everyone searches for the motivation and mental strength they need to

Adelaide Crows and GWS face off in a season-defining contest for Captains Rory Sloane and Stephen Conglio. It's the pointy end of the season, and some sides begin to focus on the future while others... MORE fight tooth and nail for a coveted top-8 finish.LESS
EPISODE 1.7

The season comes to a close. The finals series brings a shocking upset and a new path to victory. In a year of firsts, the Grand Final is played at night and outside Victoria for

... MORE the first time in its history. In spite of the hardest year in football, the season finishes with a bang.LESS
See all