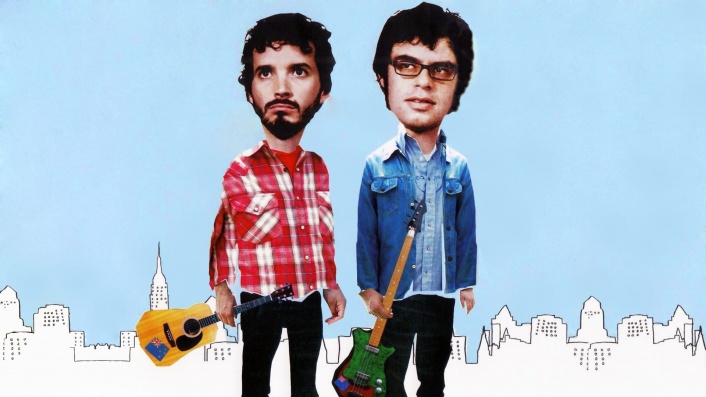 Flight of the Conchords: Season 1 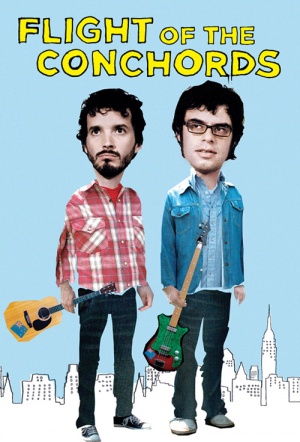 The trials and tribulations of a two man, digi-folk band who have moved from New Zealand to New York in the hope of forging a successful music career. So far they've managed to find a manager (whose "other" job is at the New Zealand Consulate), one fan (a married obsessive) and one friend (who owns the local pawn shop) - but not much else.

Bret and Jemaine go to a party at Dave's, where Jemaine meets and falls for the 'most beautiful girl in the room', Sally. When it turns out that Sally used to go out with Bret, things get weird between Bret and Jemaine.

Bret Gives Up the Dream

Faced with dire financial circumstances, Bret and Jemaine look for jobs. Bret gets a job holding signs but soon he has no time for the band and Murray and Jemaine start looking for a replacement.

Bret loses Jemaine's trust after Bret abandons him when they get mugged. To regain it, Bret tries to retrieve Jemaine's stolen "camera phone" (a phone with a camera taped to it) from their muggers, who are experiencing their own trust issues.

Bret's relationship with Coco threatens to split up the duo.

Sally, the ex-girlfriend of both Bret and Jemaine, from the season premiere, returns to further complicate things in the band.

After a photo session, Bret develops body image issues and gets some dream advice from his idol, David Bowie. Jemaine plots to cheer him up and Murray tries to get one of the band's tunes used for a musical greeting card.

Bret and Jemaine are shocked by the prejudiced actions of a fruit vendor who won't sell to them because they are New Zealanders. Dave recommends a strong response and teaches them how to "flip the bird". Murray is smitten with the new tech support lady at the consulate.

Bret and Jemaine pick up two women at a croissant shop - but end up with very different dating experiences. Meanwhile, Murray makes an album deal for the band.

What Goes on Tour

Using the band's "emergency fund," Murray organizes a warm-up tour in preparation for a big gig in Central Park. At an airport bar, the boys get hooked by some "mermaids" from a woman's water-polo team - nearly ruining the tour and their relationship with Murray.

A performance at a local "World Music Jam" results in the Conchords gaining two new fans, but Mel is suspicious of the newcomers and their motives. Murray encourages the band to adopt a more "rock star" attitude.

Bret and Jemaine enlist a semi-professional actor to cheer Murray up after a disappointing gig. Asked to place a good-hearted rejection call, the actor gets carried away, offering Murray and the Conchords a recording deal that's too good to be true.