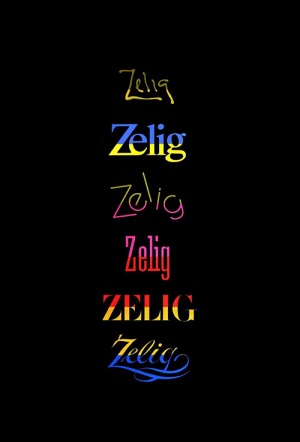 Mia Farrow stars alongside Woody Allen in his fictional documentary about the life of human chameleon Leonard Zelig, a 1920s celebrity.

An appropriately pompous narrator details the life and times of Leonard Zelig, whose overwhelming desire for conformity is manifested in his ability to take on the facial and vocal characteristics of whomever he happens to be around. He shows up at batting practice with Babe Ruth, among William Randolph Hearst's guests at San Simeon, side by side with Pope Pius at the Vatican, and peering anxiously over the shoulder of Adolf Hitler at the Nuremberg Rally. Becoming a celebrity in his own right, Zelig inspires a song, a dance craze, and a Warner Bros. biopic. Mia Farrow plays Dr. Eudora Fletcher , a psychiatrist who tries to "reach" Zelig and ultimately falls in love with him.

Perhaps the most complex, unusual film in an already diverse CV, it remains his most culturally and politically aware work, its relevance increasing with each passing year.

The comedy tends to the smirk-inducing rather than the laugh-out-loud, and the second half wanders somewhat, but Zelig is a strong contender for Allen's most fascinating film.

...a summation and a perfection of methods and ideas that have been turning up in all his films...

A masterpiece: a brilliant, even passionate historical pastiche, a superbly pregnant meditation on American society and individuality, and an eerie fantasy that will live in your dreams.