"Smarter than the average bear"

Good old Yogi... loved those old Hanna-Barbera shows. For me the big three were: The Flintstones, Top Cat and Yogi Bear. BUT... The live action Flintstones movie SUCKED! What's the point? Far better to convert them into Toy Story / Ice Age / Madagascar type animated films than to introduce live actors into the mix. I would much rather HEAR John Goodman as Fred Flintstone than SEE him. Sometimes the mix can work, as in Roger Rabbit but one has to pick one's subject carefully and I doubt Yogi Bear is the right subject. 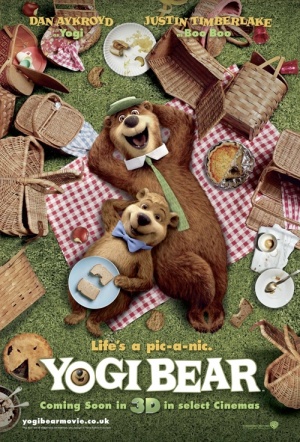