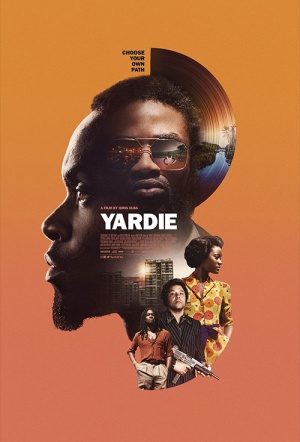 Idris Elba gets behind the camera for this Sundance Grand Jury Prize-nominated crime drama based on Victor Headley's novel of the same name.

"On a hot night in Kingston, Jamaica, 1973, Jerry Dread (Everaldo Creary, Better Mus' Come) stops the music at an outdoor party to encourage a truce between warring gangs. His little brother Denis looks on from the crowd as an assassin's bullet rings out, taking Jerry’s life. A decade later, Denis is the right-hand man to gang boss Fox, who sends him on a loyalty-testing mission to London. But when the mission goes wrong, Denis hides out with an old flame and decides to find his brother’s killer." (Sundance Film Festival)

"Yardie" has the right look, the right sound and the right moves to play with the bigger boys of its genre; like its young, scrappy but naive hero, however, there's not quite enough power behind its posturing.

Cosy clichés such as these undercut the rawness of the material - which is a shame, because Elba's visual sense and handling of actors suggest a strong future behind the camera. At least it shows he's human.

Ahead, its own distinctive, rewarding path; on all other sides, several hundred yards of crime-movie cliche. At most of these junctures, Elba makes the right choice.

Although Elba stretches the narrative to its limits, this is a nicely-shot, -cast and -told period story of black Britain - when so few exist - with a geniality that cuts through some of its bleaker moments.

Enjoyable, but so deeply conventional that it feels a little played out.

It's a pedestrian effort that could have used a serious hit of Elba's dangerous charisma onscreen.