Could have been the comedy of the year but blows itself apart with F-bombs and worse.

The holy grail of comedy is to make you laugh but there are many different types of laughter. It can range from a joyful belly laugh about the funny side of being human to a cringe laugh based on the psychology of shame and embarrassment. Joyful comedy makes us feel good while cringers lessen us. The sit-com Why Him (2016) goes hell-for-leather at extreme cringe and is seriously lessened by its choice. Puerile body-function jokes, non-stop obscenities, and sexual and pornographic references ruin what otherwise could have been the comedy of the year.

The plotline and central premise is genuinely hilarious. Ned (Bryan Cranston) and Barb (Megan Mullaly) are conservative middle-American parents who visit their out-of-state daughter Stephanie (Zoey Deutch) to meet the new boyfriend Laird (James Franco). Steph’s 15 year-old brother is thrown into the mix to heighten the cringe-effect of R-rated humour. Steph does not tell her parents that Laird has no social filters: he says what he thinks, is crude, rude and unpredictable. He is also a mega-rich Silicon Valley entrepreneur while Ned is facing bankruptcy. The outcome is a predictable disaster that gets worse when Laird tells Ned he wants to marry Steph. That’s the bare bones of it; the rest is essentially layers of sit-com skits, toilet humour, and no-holds-barred cringe attacks.

The central premise is a comedic cliché that pops up in countless films: a new love object is odious to someone’s parents. But this one is not content to cross a few boundaries; it shatters them with a sledgehammer. The ‘absence of social filters’ loosely refers to disorders like Bipolar and Asperger’s Syndrome and featuring it in comedies makes it an object of ridicule that contributes little understanding or insight. But that’s a minor objection. The real low-point of the film is a script peppered with F-bombs and worse, with a running gag referring to a category of pornography especially degrading to women. We all expect colourful language these days, but it’s a substitute vocabulary that loses impact quickly. Cheap gags are more affordable than a quality script and even a strong cast cannot pull this film up from the depths it chose.

There will doubtlessly be audiences who enjoy the film’s excesses. Many will not even see the timeless sexist spectacle of a father and a suitor haggling over the life choices of a young woman as if she must forever remain male property. Unlike the freedom enjoyed by audiences, film critics must keep an objective view and find the positives in a film. Zoey Deutch is gorgeous and the film made me laugh; I then felt lessened for seeing it. 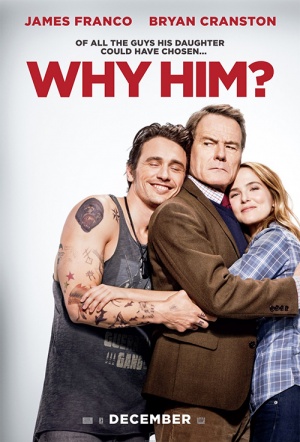