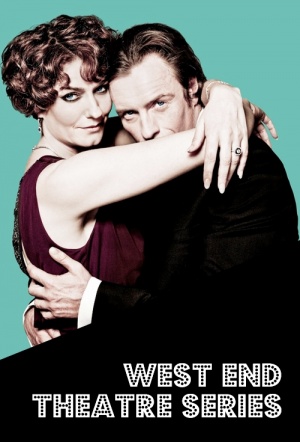 From the West End Theatre series, productions filmed live on the London stage and screened in HD cinemas. This is the Chichester Festival Theatre production of Noël Coward's comedy Private Lives, filmed at the Gielgud Theatre where it played a sell-out season from June to September 2013.

"Elyot Chase (Toby Stephens) and Amanda Prynne (Anna Chancellor) are glamorous, rich, reckless and divorced. Five years later, their love for one another is unexpectedly rekindled when they take adjoining suites of a French hotel while honeymooning with their new spouses. This chance encounter instantly reignites their passion, and they fling themselves headlong into a whirlwind of love and lust once more, without a thought for partners present or turbulences past." (West End Theatre)