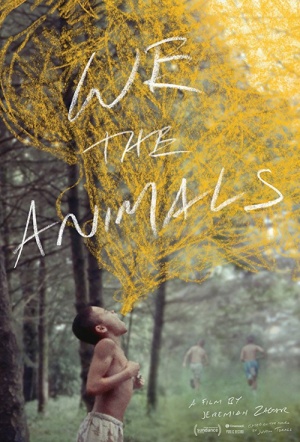 “Three brothers grow up in rural New York, discovering the world and themselves as they observe, and are influenced by, the volatile love of their parents. Their father veers between affection and violence, and the older boys, Manny and Joel, increasingly grow into his version of manhood. Meanwhile, the more sensitive Jonah seems destined for another path, and discovers an imaginary world entirely of his own.” (Sydney Film Festival)

We the Animals / Reviews

Immersive, impressionistic and told through a series of loosely-connected vignettes, mostly revolving around Jonah's coming of age within his dysfunctional household.

We the Animals is a tiny film but mesmerising in its own loose, dreamy way; it's also a distinctive take on the discovery of queer identity.