A superbly produced epic about the last Raj

While the period-drama is an excellent medium for ‘learning’ history, stories of the past have better box-office prospects when fact and fiction are combined. Many films in this genre invent a love-story to humanise the bigger narrative and for this reason the exquisitely made Viceroy’s House (2017) combines two stories in one film: a sweeping historical epic of the last Raj and a classic Romeo and Juliet tale of forbidden love. Although films in this genre have responsibility for fact-based storytelling, we need to keep in mind that history itself is an amalgam of viewpoints rather than a single absolute truth.

The Second World War had left Britain almost bankrupt and her military might severely depleted. In 1947, after three centuries of colonial rule, Britain had no option but to ‘grant’ India independence. Lord and Lady Mountbatten (played by Hugh Bonneville and Gillian Anderson) had arrived into a political mess with the impossible task of peacefully withdrawing from India. There was widespread sectarian violence between Hindu, Muslim and Sikh populations, demands for independence were at fever-pitch, and a full-scale civil war was looming. Britain was ill-equipped to maintain peace or to protect its strategic assets, particularly against Russian expansionism. The British government’s political solution was to partition India, thereby creating the nation of Pakistan for its minority Muslim population, leaving the re-shaped Indian continent for its Hindu and Sikh people. The proclamation of independence and the partition precipitated the largest humanitarian crisis the world has seen: over a million died in the ensuing violence as fifteen million displaced refugees re-aligned their national loyalties with their religion.

Depicted as being at the epicentre of this historic political turmoil, the Viceroy’s House is also the cinematic frame for exploring the chaotic tragedy at human level. Woven into the bigger narrative is a love story between Hindu manservant Jeet (Manish Dayal) and Muslim handmaiden Aalia (Huma Qureshi). When the partition is announced, they are torn apart as she must move to the new Pakistan. The 500 servants in the palatial Mountbatten household spend most of the film squabbling in a microcosm of what is happening across the country. Each must choose which side of the partition they belong. Throughout the chaos, the Mountbattens are portrayed as benevolent but helpless instruments of historical and political forces.

A film that compresses a monumental story into one and three quarter hours will inevitably be both selective and reductive. As cinema, this is an outstanding work. The filming is sumptuous, the sets magnificently authentic, the acting is excellent, and the narrative unfolds with epic grandeur. For those who know little about the last Raj the film will fill many gaps. But as history, it is inevitably selective. Most glaring is the benign portrait of a compassionate departing colonial power. This glosses over the preceding centuries of exploitation and Britain’s duplicitous political posturing that resulted in tearing apart the Indian nation in the dying days of the Empire. Aside from that caveat, this is a superb production. 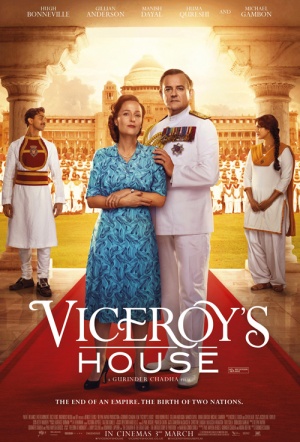