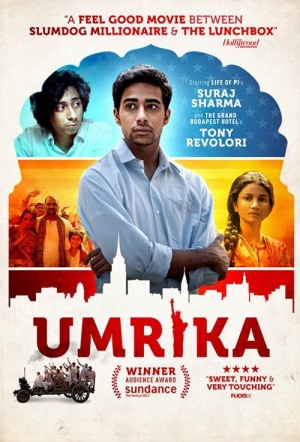 A small village in northern India is invigorated when one of their own travels to America (or, "Umrika") and details his adventures through letters home, sparking community debate and inspiring hope. But when the letters mysteriously stop coming, his younger brother Rama (Sharma) sets out on a journey to find him.

A straightforward, ingratiating drama that builds toward a satisfyingly expansive close.

Excellent production design and fine performances keep us engaged and involved in the outcomes, and topical issues of people smuggling adds immediacy to the story.

Umrika achieves remarkable power as a story by concentrating its view of America through the eyes of people who have never been there.

The themes are clearer than some of the plot details in this atmospheric story from India.

The strength in Nair's bittersweet script comes not from large monologues, but rather the subtle, almost throwaway lines that build up to a surprising yet fitting end that even allows its characters to look out over a sunset without it feeling trite.