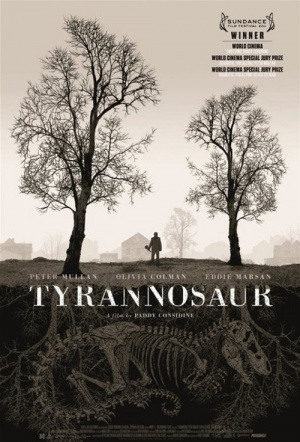 "A debut that will reward any viewer willing to share his unblinking gaze into the hearts of two violently damaged protagonists. Joseph (Peter Mullan) is a cynical, seething mess of anger and drink, drawn, for reasons we can only dread, to Hannah (Olivia Colman). A nun-like thrift-shop worker, she deflects his abusive overtures with kindness. He will not have a bar of her charity, but, while events transpire which confirm his brutal view of the world, he learns that there’s more to Hannah’s grasp on faith and hope than mindless piety." (NZ International Film Festival 2011)

Approach Considine’s brilliant directorial debut with caution. It’s a pitiless, fearsome beast that will hammer you in the gut, hard. And Olivia Colman will blow you away.

The characters are trapped, suffocated, pushed through a story that gives them very little room or time to figure themselves out, and that finally turns their feelings into the wan stuff of fable.

This isn't the kind of movie that even has hope enough to contain a message. There is no message, only the reality of these wounded personalities.

It is the kind of film that leaves you limp, exhausted and feeling battered by the end.

This is an intense exploration of the corrosive effects of human violence.

A great deal more than a misery memoir on film, this character study is as gripping as any hardboiled thriller, delivering emotional content that'll stay with you for a long time. Highly recommended.

Tyrannosaur sounds like a particularly extreme work of British working-class miserablism, but Considine and his cast have no use for comfortable distance created by cliché.