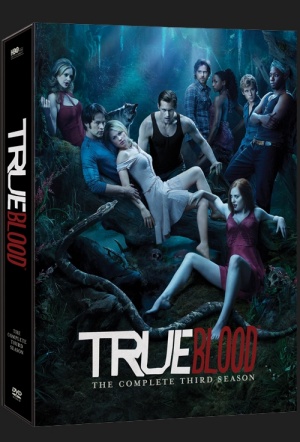 HBO's drama about vampires, sex, and the Deep South starring Anna Paquin and Stephen Moyer, created by Alan Ball (Six Feet Under) and based on the novels by Charlaine Harris.

Season 3 (12 episodes) loosely follows the plot of Club Dead, Harris' third novel in the Southern Vampire Mysteries series and introduces werewolves to the mythology as Sookie (Paquin) looks for the kidnapped Bill (Moyer).