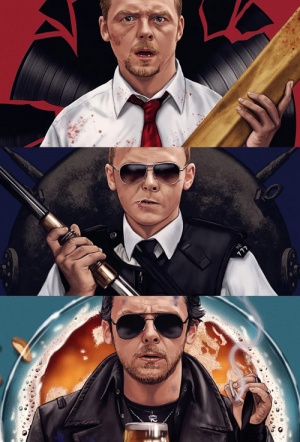 Like Krzysztof Kieślowski's Three Colours film trilogy but with ice creams, a strawberry Cornetto represents the gore in Shaun of the Dead, blue is the, duh, fuzz in Hot Fuzz and The World's End has green chocolate chip to match its sci-fi themes.