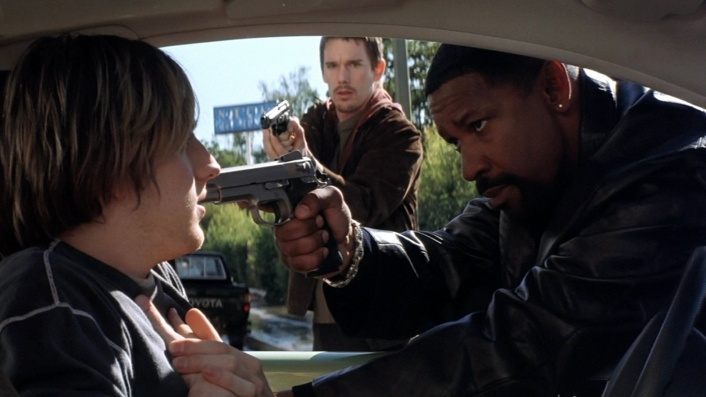 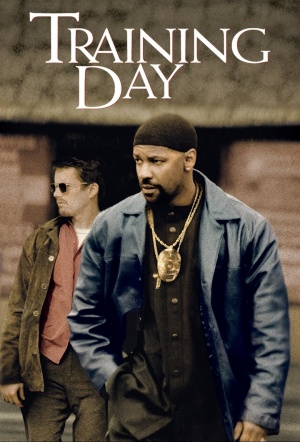 In an Academy Award-winning role, Denzel Washington plays a rogue detective in the hard end of Los Angeles who takes a rookie cop (an Oscar-nominated Ethan Hawke) under his wing and shows him the ropes. Directed by Antoine Fuqua (The Equalizer) and written by David Ayer (End of Watch).

For its kinetic energy and acting zeal, I enjoyed the movie. I like it when actors go for broke. Ethan Hawke is well cast as the cop who believes "we serve and protect" but has trouble accepting the logic of Alonzo's style of serving and protection.

Stylish and entertaining enough to serve as a quite presentable mainstream-type Hollywood studio entry at the Venice and Toronto film festivals, this ominously atmospheric study of police corruption dangles danger and sinister motives at every turn.

It's tempting to attribute the film's potency to Denzel Washington's riveting performance as a hardened police veteran.

For action director Fuqua (The Replacement Killers), Training Day represents a personal best. Dispensing with the kind of restless camera movements and flashy editing that have come to typify the genre, Fuqua keeps it grippingly real.