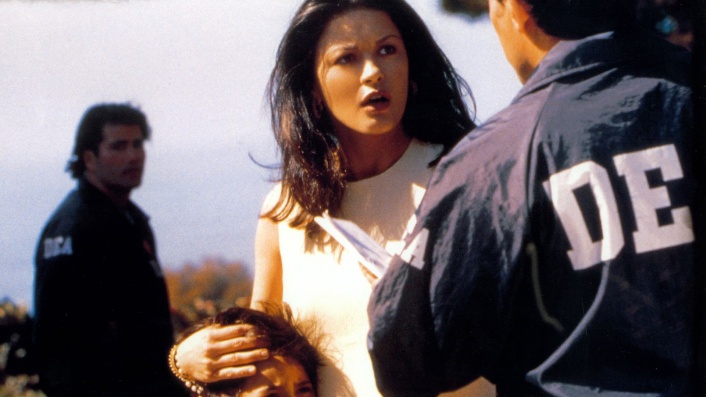 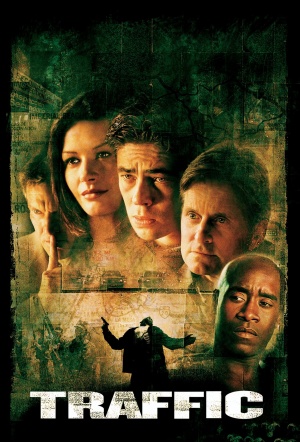 For the new head of the Office of National Drug Control Policy, the war becomes personal when he discovers his well-educated daughter is abusing cocaine within their comfortable suburban home. In Mexico, a flawed, but noble policeman agrees to testify against a powerful general in league with a cartel, and in San Diego, a drug kingpin's sheltered trophy wife must learn her husband's ruthless business after he is arrested, endangering her luxurious lifestyle.

The movie is powerful precisely because it doesn't preach.

It will be remembered as one of film's most stylish and electrifying wake-up calls.

It leaves one feeling restless and dissatisfied.

Traffic is explosive entertainment, with the tension and volatility of its subject matter.

Takes a gutsy stand and displays real filmmaking savvy but simply isn't as exciting as it should be to watch.

What these stories add up to is something grander and deeper than a virtuosic adventure film.

Fascinating in both its complexity and absurdity.

It tells many stories at once, and each of them is supple and layered and observant and gripping.