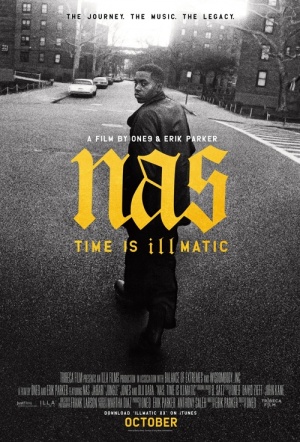 Twenty years after its release, this documentary explores the hip hop masterpiece Illmatic by Queensbridge, New York, rapper Nas. Despite taking nearly two years to reach gold certification in the U.S., Illmatic has been recognised as a landmark East Coast rap album since the time of its release in 1994, and frequently appears near the top of lists of the best hip hop albums of all time. Director One9’s interview subjects range from the artists who influenced the album’s creation, the producers who worked on it, the formative influences in its performer’s life, and - of course - Nas himself to shed light on how it was made as well as its subsequent impact.

A full-bodied tale of bootstrapping, sure to turn on any budding artist in the audience.

Avoids the prefab feel of many similarly targeted music films, instead offering a strong sense of the neighborhood -- New York City's Queensbridge Houses, the largest public-housing project in the U.S.