This Must Be the Place 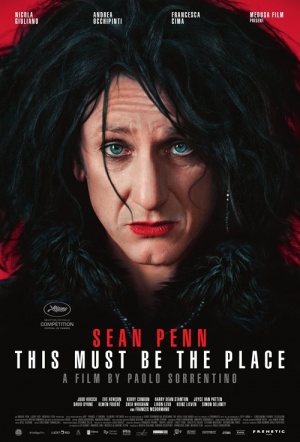 Sean Penn is an eccentric, bored, ex-goth rocker who sets out to find his father's tormentor, an ex-Nazi war criminal, in this award-winning comedy-drama. Also stars Frances McDormand and features a soundtrack by Talking Heads' David Byrne and Will Oldham.

An American ex-pat, Cheyenne (Penn) is living in a Dublin mansion with his down-to-earth wife of 35 years, Jane (McDormand). On learning of the death of his estranged father, he returns to the States for the funeral. There he discovers that his dad was humiliated in Auschwitz at the hands of an SS officer who may still be alive and living in America. Cheyenne's hunt for the ex-Nazi takes him on a road trip across the heartland of a country now foreign to him.