The Wizard of Oz 3D 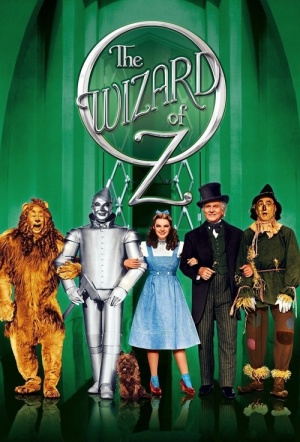 Judy Garland is Dorothy in this classic, Technicolour, family musical based on the book by L. Frank Baum, re-released in digital 3D. Critic Roger Ebert says of the film: "It has a wonderful surface of comedy and music, special effects and excitement, but we still watch it six decades later because its underlying story penetrates straight to the deepest insecurities of childhood, stirs them and then reassures them." Winner of two Oscars for the film's music, The Wizard of Oz was also Palme d'Or nominated at Cannes 1939.

Young Dorothy and her dog Toto, along with her house, are swept up in a tornado and blown to the Land of Oz. Landing on and killing Oz's Wicked Witch of the East (Margaret Hamilton), Dorothy becomes an instant hero in her new land. But the Wicked Witch of the West (also played by Hamilton) threatens revenge. Dorothy must follow the Yellow Brick Road to the Emerald City, where only the Wizard (Frank Morgan) himself can return her to Kansas. On the way, Dorothy picks up some pals - the heartless Tin Man (Jack Haley), the brainless Scarecrow (Ray Bolger), and the Cowardly Lion (Bert Lahr). Each hopes that the Wizard can offer what they lack.

The Wizard of Oz 3D / Reviews

This phantasmagorical fantasy really does represent old-school MGM filmmaking at its best.

A delightful piece of wonder-working.

Its underlying story penetrates straight to the deepest insecurities of childhood, stirs them and then reassures them.

The songs and magic are still fresh, even if it isn't quite knowing enough, perhaps, for today's young audiences.

Each time it is shown, this extraordinary film (which was not even the first Wizard of Oz - L Frank Baum's sublime story had been filmed before as a silent and a cartoon) embraces a new generation of children who succumb to its magic...