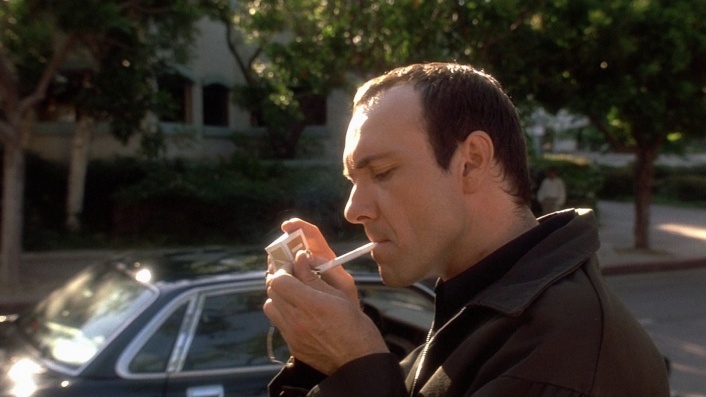 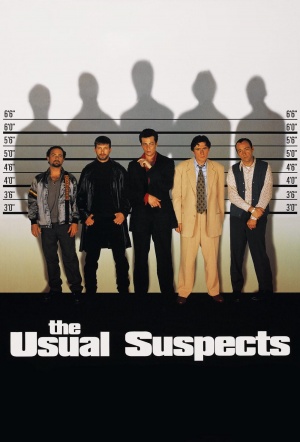 Winner of two Oscars (for Kevin Spacey and screenwriter McQuarrie), this is Bryan Singer's (who would go on to direct X-Men and Superman Returns) riveting modern film noir, with a twist ending that will blow your mind to simereens.

Held in an LA interrogation room, Verbal Kint (Kevin Spacey) attempts to convince the feds that a mythic crime lord not only exists, but was responsible for drawing him and his four partners into a multi-million dollar heist that ended with an explosion in San Pedro Harbor leaving few survivors. Kint lures his interrogators into the incredible story of the crime boss and his almost supernatural prowess.

A terrific cast of exciting actors socks over this absorbingly complicated yarn that's been spun in seductively slick fashion by director Bryan Singer.

The then 27-year-old Bryan Singer eclipsed most other '90s crime movies with this brilliantly slippery, cerebral thriller.

Once again, my comprehension began to slip, and finally I wrote down: 'To the degree that I do understand, I don't care.'