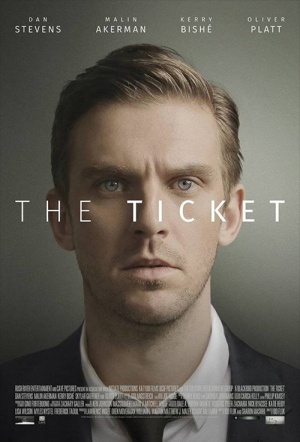 Downton Abbey star Dan Stevens plays a blind man who regains his sight, yet struggles with his transformation in this experimental indie drama.

"After James (Stevens), a blind man, inexplicably regains his vision, he becomes possessed by a drive to make a better life for himself. However, his new improvements - a nicer home, a higher paying job, tailored suits, luxury car - leave little room for the people who were part of his old, simpler life: his plain wife (Malin Åkerman) and close friend Bob (Oliver Platt). As his relationships buckle under the strain of his snowballing ambition, it becomes uncertain if James can ever return from darkness." (Tribeca Film Festival)

Boasting complex, sharply drawn characters and top-notch performances, this mature drama plays with ideas of seeing, both the outside world as well as within oneself, as Fluk masterfully depicts intimacies gone awry.

The former Downton Abbey star excels as a family man who becomes an arrogant villain – but the film-makers don’t know what to do with his transformation.

Stevens is magnetic in a pretty but shallow drama.