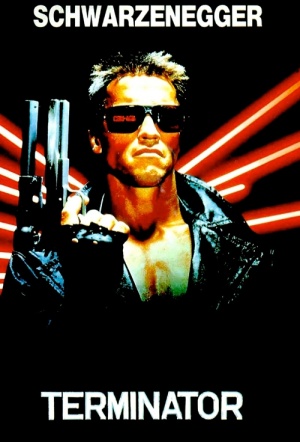 A war between man and machine commences in the near future. In a desperate last act, Skynet, the oppressive computer system that’s fighting a losing war, sends a Terminator (Schwarzenegger) back in time to prevent the leader of the human resistance, John Connor, from being born. The ruthless robot has only one objective: kill the mother, Sarah Connor (Linda Hamilton).

In a unique moment of irony, they had once considered O.J. Simpson to play the Terminator, but feared he was “too nice” for the role of a cold-blooded killer.

The heavy-metal future hell Cameron cooks up still steams with potency and, for those coming to it for the first time, the film grips like a steel hand.

This is a monster movie, and the monster's role fits Mr. Schwarzenegger just fine.

As chillingly efficient in exacting thrills from its audience as its titular character is in executing its targets.

One of the most effective science fiction films of recent decades.