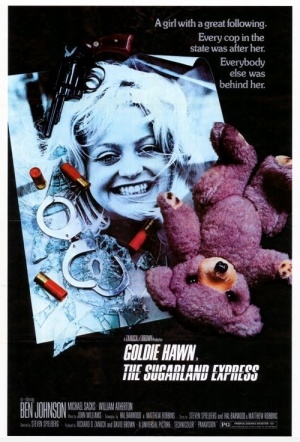 Steve Spielberg's feature film debut, the true story of a girl (Goldie Hawn) who took on all of Texas and almost won. The young mother becomes a fugitive and a cause celebre when she tries to prevent the adoption of her young son.