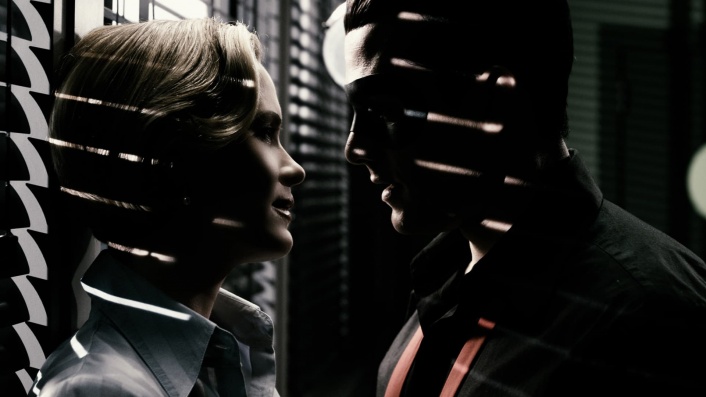 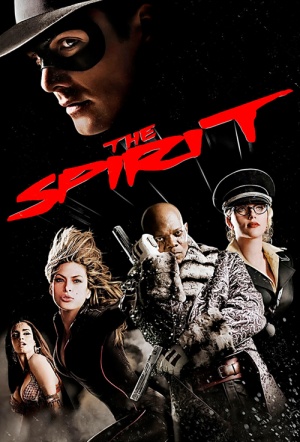 Written and directed by Frank Miller, adapted from the famous comic strip by Will Eisner (who’s been labeled the "Orson Welles of comics"). Miller, in his first solo outing as writer/director, brings The Spirit to the screen in the same manner as his Sin City and 300 adaptations – using digital background technology to meld live action performances with graphical elements.

Packing drama, thrills and romance, this is the story of a former rookie cop who returns from the dead as The Spirit (Gabriel Macht) to fight crime from the shadows of the gothic Central City. His arch-enemy is the Octopus (Samuel L Jackson) who pursues his own version of immortality. The Spirit tracks this cold-hearted killer from Central City's rundown warehouses, to the damp catacombs, to the windswept waterfront... all the while facing a bevy of beautiful women who either want to seduce, love, or kill our masked crusader. Scarlett Johansson’s the girl next door, Paz Vega’s the secretary vixen, Eva Mendes is Sand Saref – jewel thief and the love of Spirit’s life turned bad.

Miller describes the tale; “The character has a terrifying side to him. This is a man who’s died and came back to life. So it twists into fantasy. And of course there are tons of women in it. There have to be — it’s The Spirit. They’re all in love with him, and he’s in love with all of them. You might say he’s a bit of a slut.”

Without the voice-over, the film could have become the bad-taste hit of the summer. With it, the movie feels a little too cheap and in need of a few script re-writes.

Plunges into a watery grave early on and spends roughly the next 100 minutes gasping for air.

What is most striking about The Spirit is how little pleasure it affords, in spite of its efforts to by sly, sexy, heartfelt and clever all at once.

Not charming, but not cynical, The Spirit is wholly unrecommendable, but made with greater care than many movies that are.

The worst superhero movie of the year ... well, so far.

Miller's flat, humorless yarn is set in Central City, a vacant metropolis whose only residents seem to be cops and crooks.

It is truly a mess.